The world is filled with weird and wonderful facts about absolutely everything we see, hear and feel every day. Electricity, in particular, is something that we rely on day in, day out, without really thinking too much into it. However, as you can imagine, there are a whole host of fascinating, fun facts about electricity that it’s more than likely you’ve never considered!

Did You Know These Fun Facts About Electricity?

In the simplest form possible, electricity is essentially a form of energy which builds up in one place and then flows to many. From switching on a light to powering your cooker, almost everything that you use in day-to-day life requires some type of electricity – even the body! If you’re just as intrigued as we are to find out more, then we have put together a list of our top 11 facts that you may not know about electricity.

1. Electricity Travels At The Speed Of Light

So, how does electricity travel so quickly? Well, it is all down to a combination of electrons and an electric current. A flow of electricity is made from many minuscule particles, otherwise known as electrons. When static, the electrons actually move incredibly slowly. However, whenever you use an electrical device, it will be equipped with a wire, which is what enables the electrons to travel from your power supply to your device. The flow is technically known as an electric current, which will only begin its journey when you turn on your device. You can find more information about how fast electricity travels on Vivint Solar. 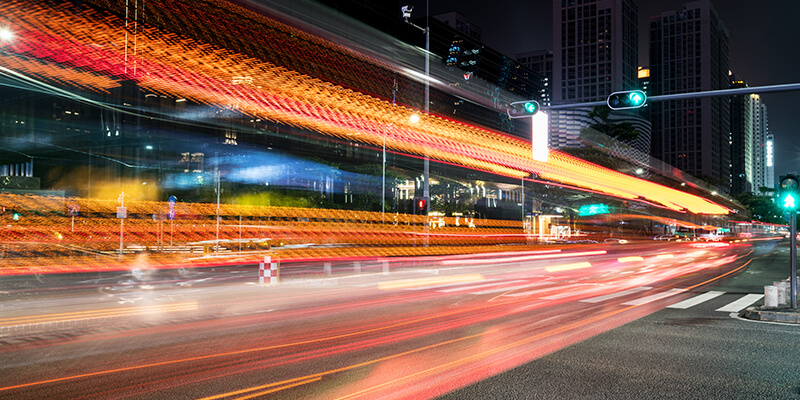 2. Lightning Is The Discharge Of Electricity In The Atmosphere

Lightning is, in fact, caused by one huge electric current. While the cloud may seem to be peacefully moving across the sky, they are actually increasingly active. With the everchanging weather conditions, water and ice are forced up into the atmosphere by warm air currents and then forced back down by gravity. During their travels, the pair become compressed in the clouds, circulating not only around but also inside.

Over time, an electric charge starts to build up inside the clouds – similar to when you rub a balloon against a surface to create static electricity. Inside the clouds, there are now positive electric charges building up at the top and negative resting along the bottom. These then begin trying their hardest to reach each other in an attempt to neutralise.

On a normal day, this isn’t a problem; however, on a stormy day, the turbulent winds cause the electric charges to separate. The negative charges then start moving towards the ground, known to scientists as a ‘stepped ladder.’ In the meantime, an ‘upward leader’ forms on the earth below, pushing positive charges up into the air. When these meet, they create a giant electric current, which shoots up into the cloud – this is known as lightning! 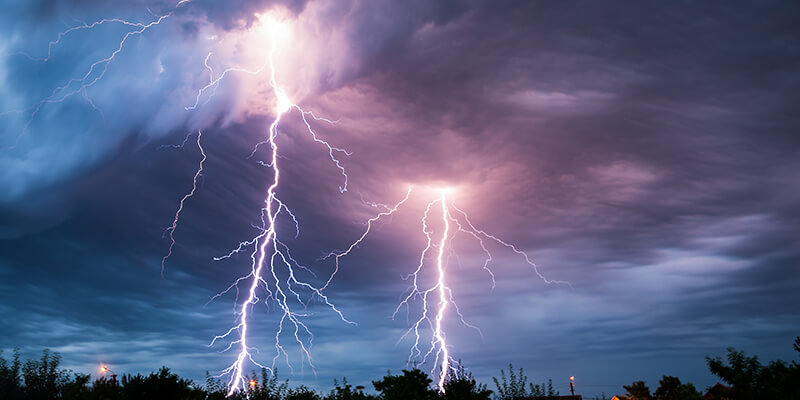 3. Electricity Was Discovered In 600 BC

There are tonnes of different reports that state different dates regarding the discovery of electricity. However, according to Universe Today, electricity dates back as far as 600 BC with the Ancient Greeks. The Greeks concluded that through rubbing fur against amber made from fossilised tree resin, they could create their own form of static electricity.

In addition to the Greek discovery, it is also thought that the Romans may have used electricity to create batteries. Back in the 1930s, archaeologists tracked down a set of posts which were designed with copper sheets hidden inside. Experts believe that the Romans used these pots as batteries to power lights.

While many see electric vehicles as a relatively new invention, they actually date back as far as 1932. In the early 1930s, a budding inventor, Robert Anderson, developed the very first electric vehicle. However, it wasn’t until the 1870s that the car became ‘driveable’ and able to transport passengers from A to B.

More than 60 years after its first invention, the electric vehicle started to grow in popularity. Models were finally easy to drive and no longer gave off a pungent smell of pollutants. They were particularly sought-after amongst women, who wanted a stylish vehicle to travel around the city. By the next century, it is thought that electric cars accounted for up to one-third of all vehicles on the roads! For more information on the history behind the electric car, take a look at Energy.Gov for a detailed timeline.

Or alternatively, if you’re considering investing in an electric car, along with an electric vehicle charging unit, you can take a look at our previous article on the benefits for additional details to aid your decision. 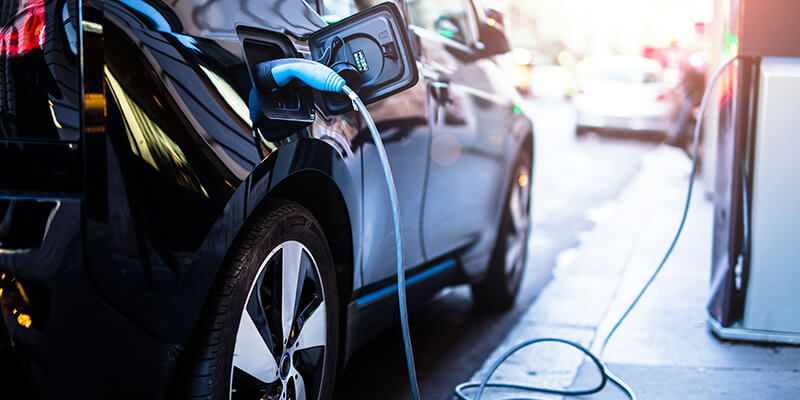 5. Coal Is The World’s Biggest Source Of Electricity

Based on statistics by the World Coal Association, approximately 38% of the electricity produced around the world is sourced by coal. This figure is closely followed by renewable energy and natural gases.

The process of using coal to generate electricity is somewhat straightforward, and it all begins in a thermal power station. First, coal is burned in a boiler, which converts water to steam. The steam then filters through to a turbine and kickstarts a shaft, which is connected to a generator. The generator features wound wire coils, which, when rotated quickly, generate electricity using a strong magnetic field. Once condensed, the steam can then return to the boiler, where it is heated, and the process can start again.

While this fact may seem a little peculiar, it was too interesting not to include in our article! Electric eels are most commonly featured in films, but can actually be incredibly dangerous. Each eel is born with 80% of their body made up of cells, which are also known as electrolytes and can create a shock of over 500 volts. This is the equivalent of 330 D-cell batteries. Luckily, the eels only release their enormous charge when they are either hunting or spot a predator. More information on the somewhat odd animal can be found on MNN. 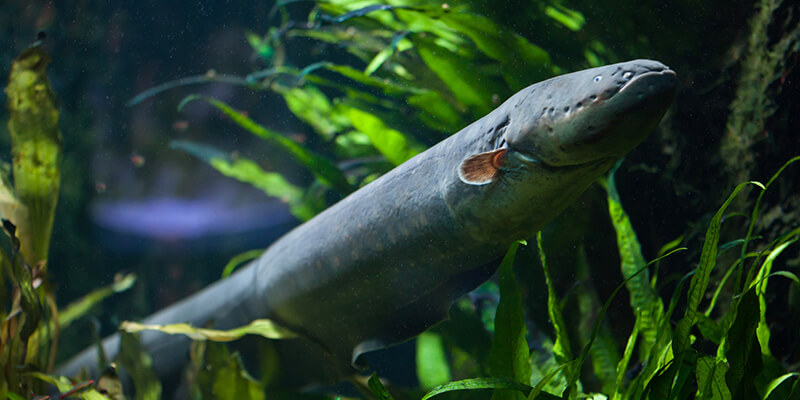 We’re always encouraged to try our very hardest to make the most out of the energy we use, but why? Based on a recent report by The Association Of Decentralised Energy, a vast 54% of energy is wasted every single year in the UK, which amounts to a shocking £9.5 billion. When this is broken down further, per household alone, this could be as much as £354, which is more than half the average electricity bill of those living in the UK.

While this is most definitely a surprising statistic, there are a plethora of super easy ways that you begin to save energy in the home. From unplugging gadgets when they are no longer in use to washing clothes at a lower temperature, you can start making savings in no time. Find out more in our previous article on ten top energy-saving tips!

8. Water In The Body Causes An Electrical Shock

Having worked as electricians in Milton Keynes for several years, you would be surprised how many emergency calls we receive from customers who have given themselves an electric shock. While we’re all cautious to ensure that we stay safe around electricals, did you know that the cause of a shock is actually the water inside your body?

As humans, our bodies are made up of up to 60% water, which makes us fantastic conductors of electricity. When we come into contact with high-powered electricity, it is always on the lookout for a pathway that holds the least resistance. This means that it goes straight to the water flowing through the body; therefore, giving you an electric shock. In return, the muscles begin to tighten, and the lungs become narrower, which is why you feel an instant reaction.

9. Electricity Plays A Role In Heartbeat

Every function and movement within the body is triggered through signals, including your heart. Each time that your heart is given the go-ahead to beat, blood is pumped around the body, which means that this signal is passed through the body up to 100 times a minute. This particular function is, in fact, caused by your bodies own version of electricity.

The hearts electrical system is made up of three key structures; these are scientifically known as the S-A Node, A-V Node and His-Purkinje System. The S-A Node, also known as the hearts natural pacemaker, is a collection of cells which is in the upper-right of your heart. These cells are responsible for sending the signals to tell your heart to beat. The signals then travel to the A-V Node, which is a form of ‘bridge’ for the electricity to pass through. Lastly, once this reaches the His-Purkinje System, your heart will beat.

When using a conventional lightbulb, only around 10% of the electricity used to power the bulb actually goes on light – a huge 90% is wasted through heat. This is just one of the many reasons why more and more homeowners are opting to switch to LED alternatives, not to mention how much better they are for the environment!

Trading in your regular old lightbulbs for LEDs comes alongside an array of benefits. Not only do they use more than five times less energy, but they also last 25 times longer and cost six times less. More information on the difference between LED and incandescent lightbulbs can be found on Arcadia Power.

If you’re a business or commercial premises owner, then you need to ensure that electricals are regularly PAT tested to guarantee their safety. During a PAT test, electrical appliances are assessed through visual inspections and electronic tests, then they either pass or fail. There are no set rules regarding the time period as it differs based on the industry that you’re in. For example, equipment in schools should be tested every 12 months, whereas those in an office can be every 48 months.

As specialists in PAT testing in Milton Keynes, Heath Electrical Services are always more than happy to visit you on-site to check that all appliances are in good working order. All electricians are NICEIC registered, which means that all testing will be completed to the highest standard. Contact us for more information on electrical testing in Milton Keynes and the surrounding areas. 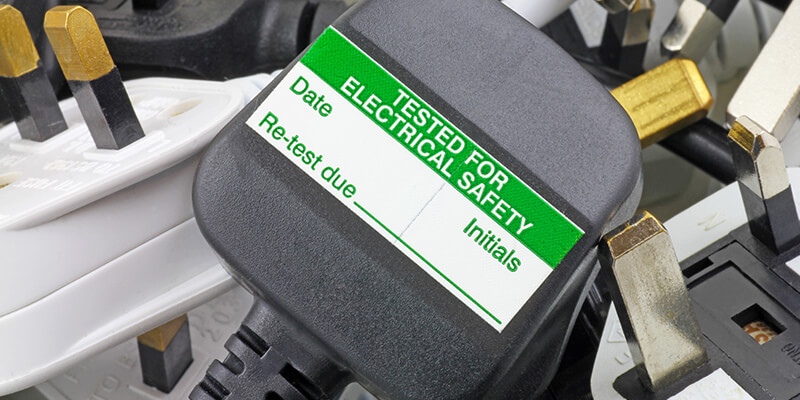 You Learn Something New Everyday!

There is always something new to learn – from the incredible speed of electricity to the bodies own electrical system; there are millions of facts that we’re yet to uncover. If you’re interested in learning more, then you can find 25 extra facts over on Glo Bird Energy!

What Do Commercial Electricians Do?

When it comes to commercial buildings, electrical safety is of utmost...

Why You Need Electrical Inspection And Testing

From your television and computer to your fridge and oven, all of the...