Our team is fully accredited, with over 20 years of experience in the electrical industry.

About Our Consumer Units & Fuse Boards

Are you worried the fuse box in your house is too old and no longer complies with electrical UK regulations? Is it time to replace it with a more modern consumer unit? How long is it going to take and more specifically, how much is it going to cost?

Read on and you’ll find out all the answers to these questions including what is involved in the replacement process so you can make the right choice for your household.

A fuse box and a consumer unit serve the same purpose. They distribute electricity in your house through multiple circuits and instantly turn the power off whenever a power overload occurs on one of the circuits, which is commonly known as “tripping”.

A fuse box uses fuses instead of circuit breakers. Each fuse contains a wire which will melt if there is an electrical overload and make the circuit trip and switch the power off.

Heath Electrical Services specialise in both the repair and replacement of consumer units. Replacement is particularly recommended if your property still has a plastic unit. While plastic units are not illegal, modern metal clad is considerably safer. During the electrical consumer unit installation, a member of our accredited team will complete a thorough inspection of the unit and all associated switchgear. They will check the current positioning of boards to ensure that it does not pose any dangers. For example, opting to place units under wooden stairs come alongside high fire risks, so will be moved to a safer location in the property. It can then be determined whether your home would be best suited to a fully loaded, main switch or high integrity consumer unit. 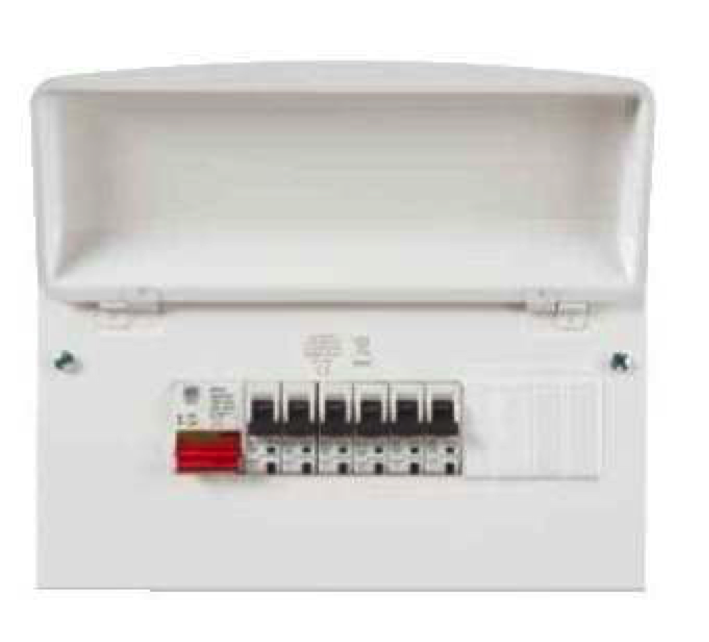 This type of consumer unit only has one main switch from which all circuits in the house can be switched off. In case of an electrical fault, you will only have one protective device trip. This is a very popular choice, especially for single storey houses and small flats. 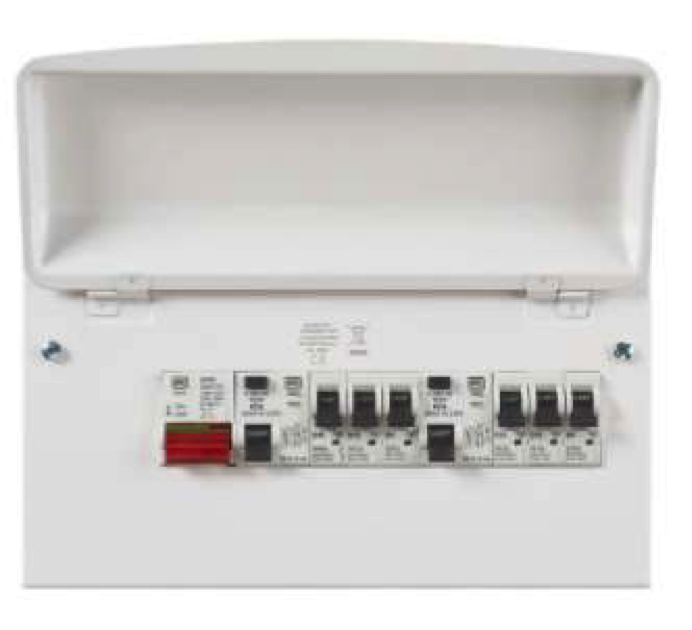 A dual RCD (residual current device) consumer Unit offers the ability to split load the power over two sets of RCDs, RCD1 and RCD2. The advantage of this consumer unit is that it is possible to alternate the circuits so the power can still be available in some part of the house if one of the RCDs is no longer operational. This is ideal for multiple storey houses. 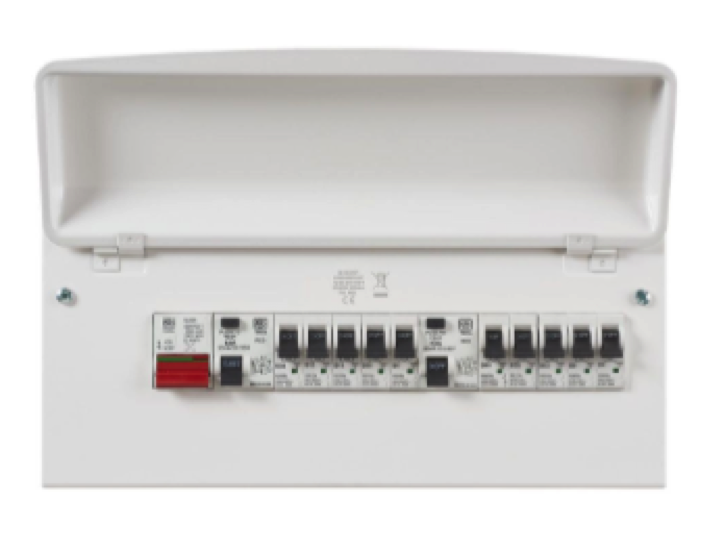 High Integrity consumer unit have become a very popular choice over time as they offer the ability to separate all circuits independently. So while your freezer may stop working, everything else will continue working without interruption.

Can I replace my fuse box myself?

Yes, we offer affordable electrical services and try to keep the costs minimal for all of our clients, if you wanted to save money on your electricity bills then we offer electrical inspections to check your homes electrical wiring and LED lighting to save you money.

Where to install a consumer unit?

The location of where your consumer unit should be installed is often overlooked. Since they are not considered as a feature of a house, consumer units are frequently hidden away in some dark place in a house. Consumer units should be located so they can easily be reached whenever it is necessary so it is in compliance with Part M of the building regulations. They should be mounted with the switches at a height of between 0.45m & 1.2m above floor level.

Can a consumer unit be boxed in?

Consumer units boxed in wooden cupboard or mounted under wooden stairs are seen as a fire hazard as these materials are highly combustible. According to building regulations your consumer unit should be enclosed in a cabinet or enclosure constructed of non-combustible material such as steel.

Can I have a consumer unit in my bathroom?

According to regulations, electrical equipment should not be present in shower rooms or bathroom. This includes simple equipment such as wall switches, plugs and especially consumer units.

Is it dangerous to install a consumer unit near gas meter?

According to regulation, gas pipes and gas meter in domestic houses, must be spaced at least 150mm from electricity meters, switchboards, electric cables, sockets, telecommunication cables, consumer units and any other conductors. Additionally, there should be a separation between a supply or distribution cable of at least 25mm for domestic pipework up to 35mm or 50mm for pipework over 35mm.

Can you wire a new electrical consumer unit to old wiring?

Before fitting a shiny new electrical consumer unit, it is advised to carry out an electrical Installation condition report (EICR). This test will establish the health of the electrical installation in your house and enable you and your electrician to decide if the existing wiring and circuits are fit for purpose.

Heath Electrical Services aim to keep disruption to daily operations at a minimum. All jobs will be completed based on your schedule, with same-day appointments available if necessary.

With over 20 years of experience, our team has built extensive knowledge on an array of topics. They can share their expertise if you need advice on a particular service.

We take an honest approach to electrical services, providing affordable prices with no hidden fees. Please feel free to contact us if you would like a quotation.

"Couldn’t recommend Heath Electrical Services more! The team are friendly, knowledgeable and professional. They’ll definitely be our first port of call if we’re ever in need."

Do You Have An Emergency? We Offer 24/7 Support.